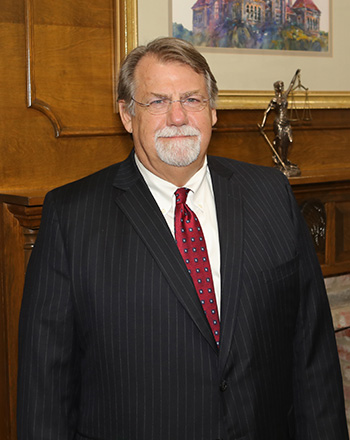 Richard Wagner is a native of Cuero, a small town in South Texas. He completed his undergraduate education at Texas A&M University and his legal education at St. Mary’s University in San Antonio. After graduation, Richard served as the briefing attorney for Justice Preston Dial on the Fourth Court of Appeals of Texas. Upon completion of that judicial internship, he began his private practice in general personal injury and medical malpractice defense that he continues today. Richard has extensive experience in the courtroom. During his 34 years as a trial attorney, he has represented hundreds of physicians and health care providers in all types of medical malpractice cases throughout thirteen different counties in Texas.  He has tried forty-three malpractice cases to a successful jury verdict, having achieved a favorable verdict in ninety-five percent of those cases. Richard has also represented many physicians in disciplinary actions before the Texas Medical Board in Austin. Despite a focus in the medical/legal field, Richard has handled a wide variety of cases over his career including automobile accidents, premises liability, products liability, dram shop, and libel and slander just to name a few.

Richard is a member of the State Bar of Texas and is admitted to practice in the United States District Courts for the Western and Southern Districts of Texas as well as the United States Fifth Circuit Court of Appeals. He is a member of the prestigious American Board of Trial Advocates, which is given by invitation only to those with significant trial experience, high personal character, and an honorable reputation among their peers.